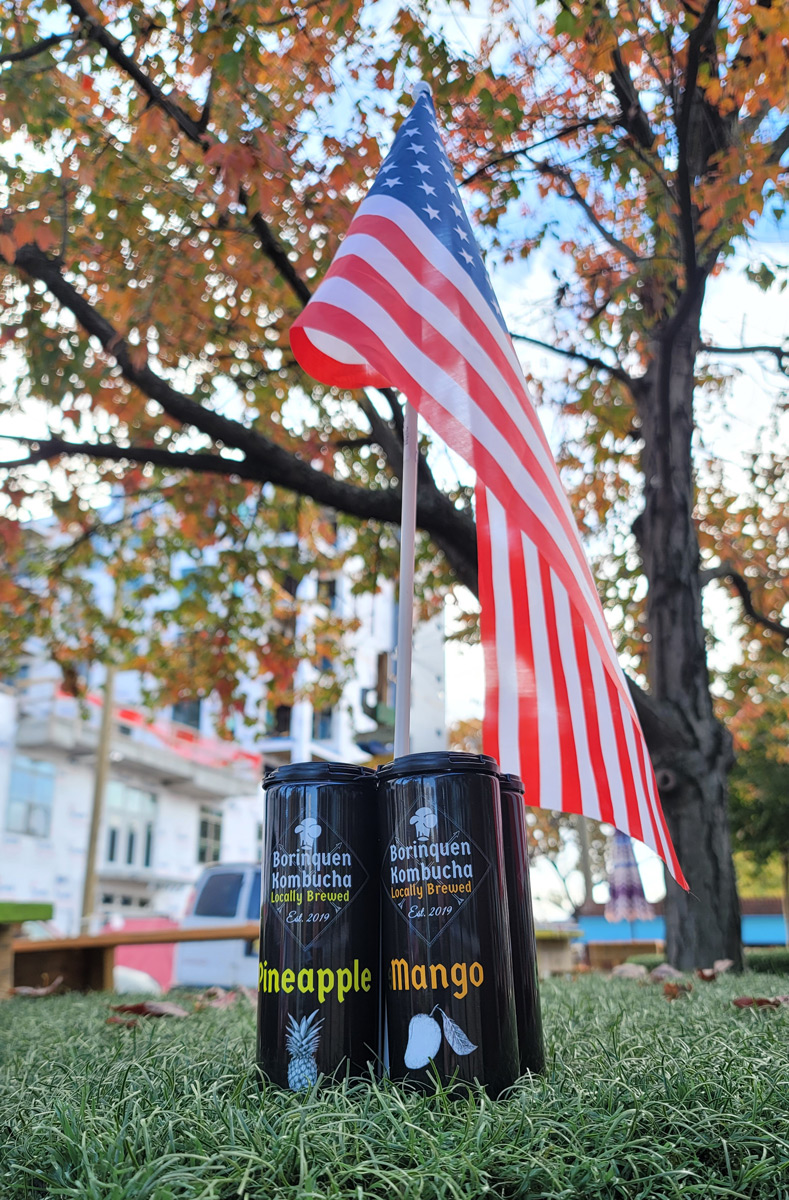 Born in Corozal Puerto Rico 1994, owner Heriberto Renta grew up in a small town surrounded by a very loving and supporting family. Even as a young child, Heriberto had dreams of starting his own business, and always found ways to make his own money either helping his Dad on weekends or working throughout the summer.

During his last semester in culinary school in 2019, the realization that he was about to graduate and head out into a very competitive and very underpaid workforce, Heriberto’s dream of owning his own business only grew stronger.

It was during this time in his life that his culinary professor, Chef Jess, introduced Heriberto to kombucha homebrewing. Chef Jess had been brewing kombucha at home for his wife, and found that there was an overabundance of kombucha that was not being consumed at home, so he brought the extras to share with his students.

Heriberto was hooked from the very first sip. As a person who had avoided drinking soda his whole life, the bubbly and refreshing taste of the kombucha really lit up his senses! Heriberto began brewing his own kombucha at home, and shared his results with his professors and fellow classmates. Based on their feedback, Heriberto developed the tried and true recipes that Borinquen Kombucha is known for today.

In the beginning, Heriberto only had access to anything made by his Chef. As he learned more about kombucha brewing, he applied every bit of knowledge he had learned in culinary school about how ingredients work and taste together to create each flavor of Borinquen Kombucha. A firm believer in “simplicity is key”, Heriberto began to place his focus not only on flavor development, but also addressing the common complaints he would hear from kombucha drinkers. By focusing on these issues, like the kombucha being too vinegary or the flavors too complicated, Heriberto developed smooth kombucha drinks that are loved by adults and children alike.

“During this process, I have learned to always keep an open mind and think outside of the box. Never burn any bridges and always make sure those who help you know that you appreciate what they've done. There is no such thing as self made.” - Heriberto Renta